This morning I woke up at 4:30am. The whole night it was Anna and I listening to children jumping and screaming next door. We finally changed rooms and fell asleep at 2am. I got ready, packed my backpack and left Milan (and Anna) for Avignon, France.

And traveling by train the whole day was quite the adventure.

My first train was from Milan to Ventimiglia. It was a 4 hour train ride and the seating was first come first serve. However the train system has an unlimited rule to how many people are allowed on the train. Let’s just say it was crowded…

I packed two apples, a hard boiled egg, baby carrots, some almonds and carbonated water (it’s a big deal here in Europe. And I’ve come to love water with gas!). This tiny assortment of snacks made for a good breakfast and lunch.

The ride to Ventimiglia was a little stressful. So many people were standing and upset at not having seats. A frustrated crowd always makes me anxious.

When I got off that train I had 15 minutes to get to my connecting train to Antibes, France. That train ride was short and uneventful. Which now looking back that isn’t a bad thing by any means..
Then there was the circus ride from Antibes to Marseille. That train was even worse than the first train ride.

[Side note, the thing I love about the European trains: they are always on time. The thing I do NOT like about the trains: Zero organization…]

I felt packed into that train like sardines. It was hot and it smelled like ripe body odor and your great aunt’s musty attic. Thankfully a lady saw my concern for a spot to sit so she moved her one year old boy onto her lap so I could sit next to her. She smelled like she bathed in a cheep angel perfume and dove soap from the dollar store. She wore a bright colored blue and pink dress, a tan jacket and a blue and yellow polka dotted scarf over her head. At one point during the train ride she looked at me, said something in French, then handed me her baby and got up and walked away.
I was completely thrown back and honestly shocked that this woman just gave her baby to a stranger to watch. At one point I laughed because I couldn’t believe what just happened. And then the kid wakes up…He pops his head up from being sound asleep and just sits oh my lap. Not even looking up at who was holding him. It was like it didn’t even matter and it was completely normal.
Ten minutes later she came back and sat in her seat, look her child back and said “Mercie” and that was that.
I’m just going to assume she went to the restroom…

Leaving that train I almost kissed the pavement. That was a rough ride.
My next train I had to catch only gave me a five minute window to find my train. Miracle of all miracles I made the train! I was even told my multiple people I met briefly on the previous train that I was going to miss my ride (but from my experience in Russia I knew they were wrong).
That was the nicest train I had been on all day. Double decker, specious & clean. Too bad I was only on that train for less than 30 minutes.

From 7am to 5:40pm was filled to trains, connections and funky smells. But it was all worth it when I had a surprise waiting for me at the train station: 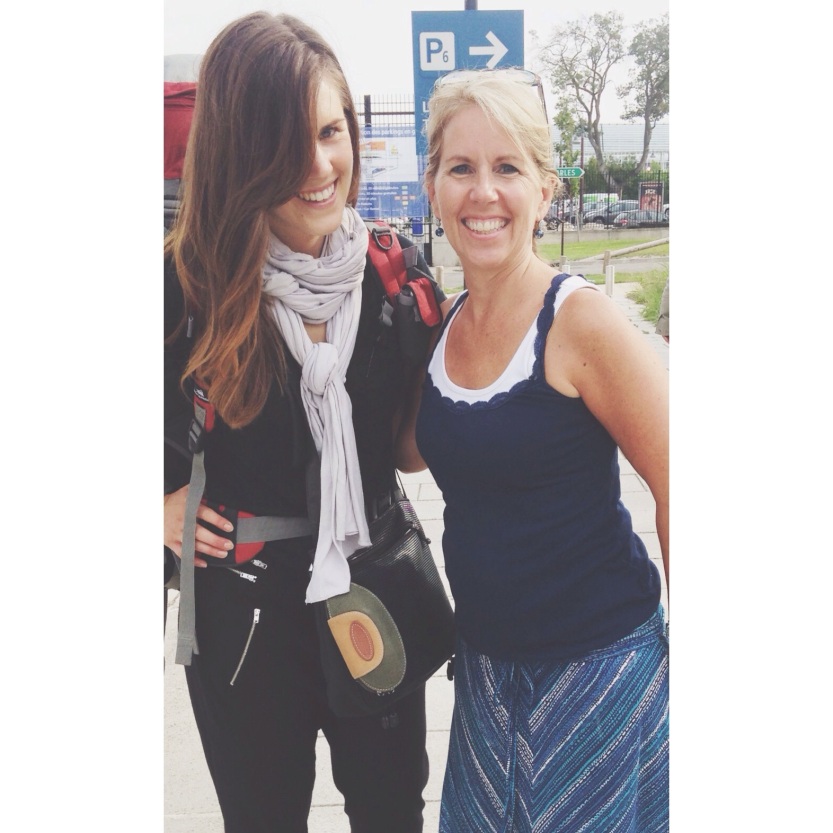 My awesome parents are in France and picked me up!! We walked through downtown Avignon and ate dinner. 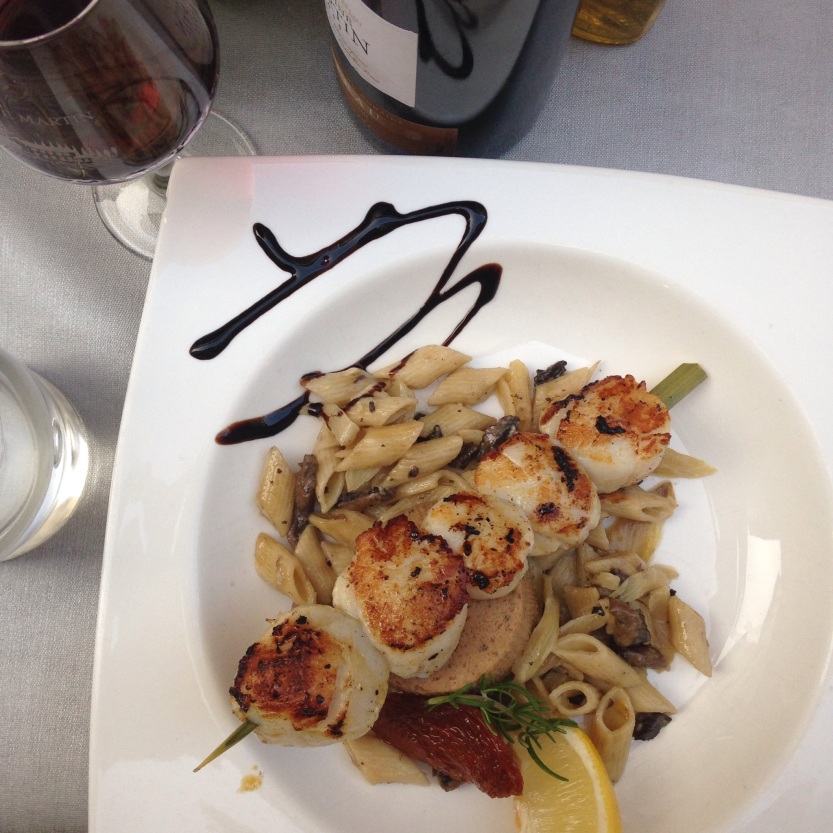 I am spending a week in France and I’m excited to document my adventure!