Anna and I had a late start this morning. We both figure we got up at the crack of dawn the past two days and decided to treat ourselves by sleeping in an extra hour.

We also took our time eating breakfast, then went to our first stop. It was a church called Santa Maria Della Vittoria . Also known as St. Teresa in Ecstasy (if you really want to know why look it up). 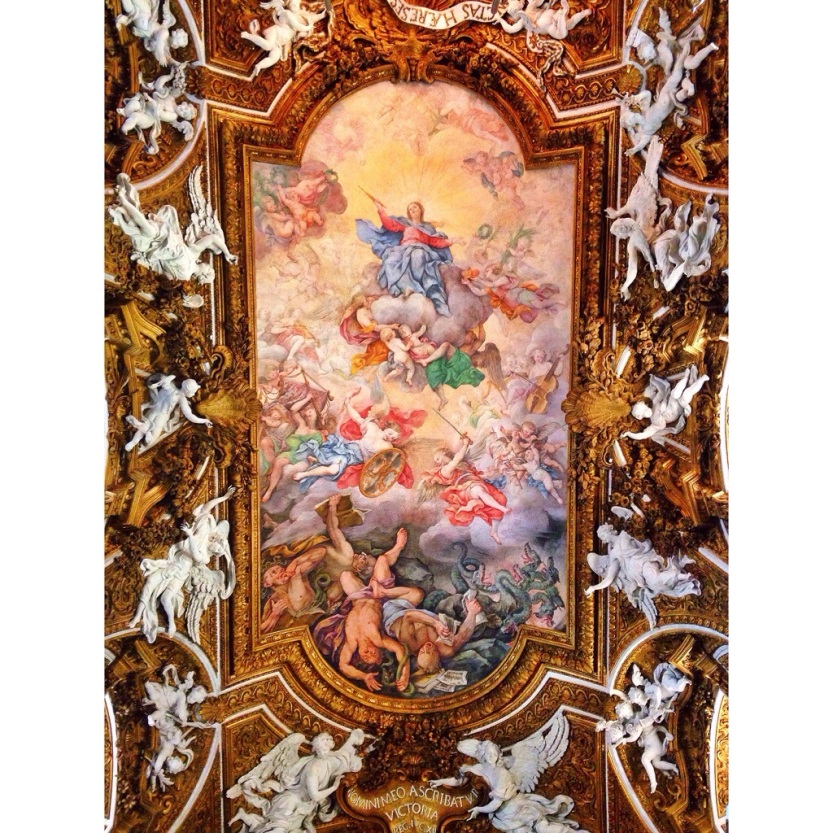 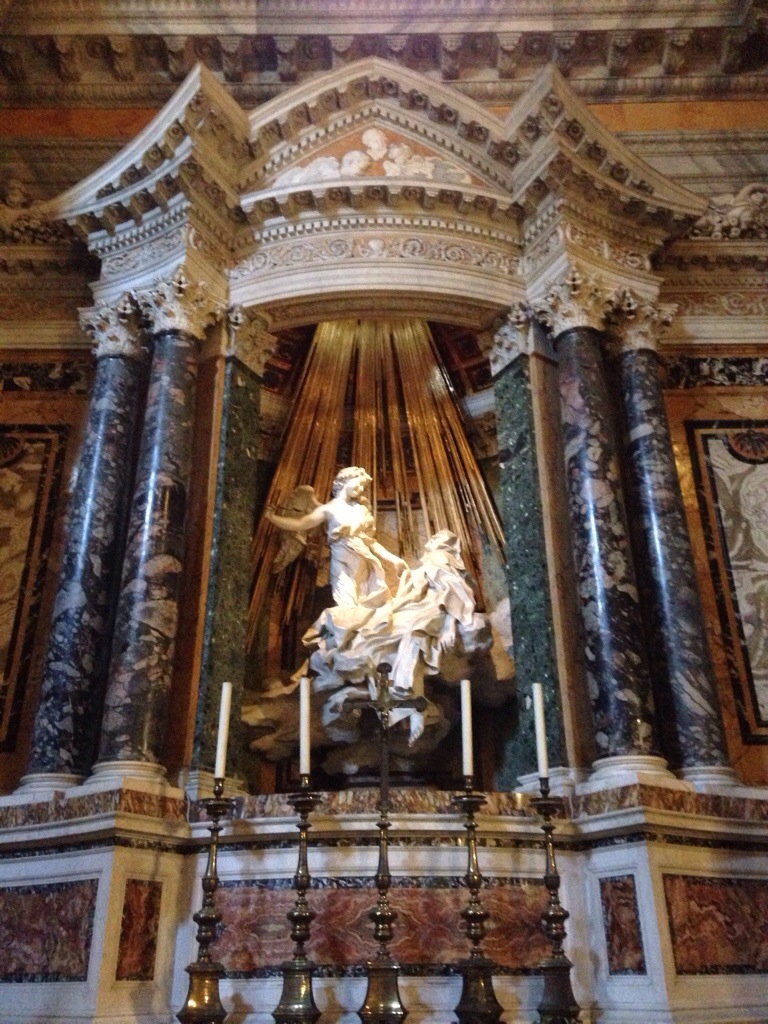 After, Anna and I decided to walk a route in the city called The Heart of Rome. We ended up not wanting to take the metro today, so we did the walk backwards. We started at the Trevi fountain. Unfortunately the fountain was under construction, but that didn’t keep me from throwing a coin into the pool. 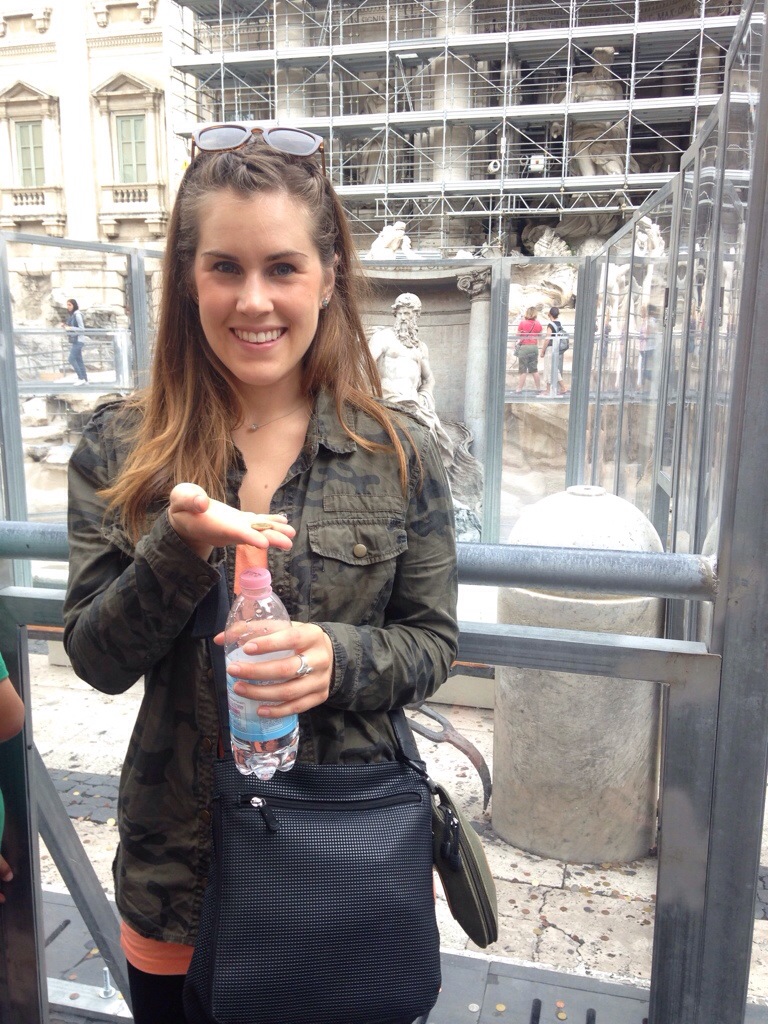 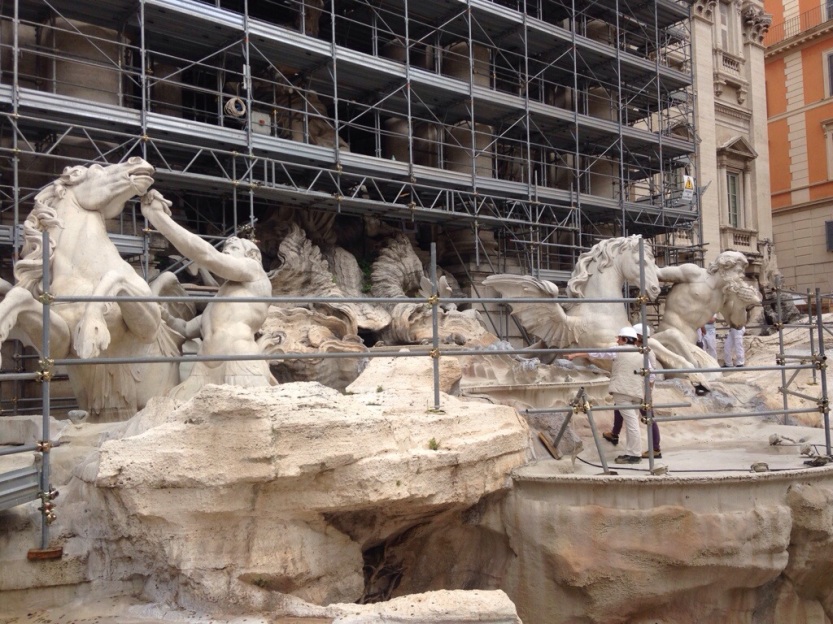 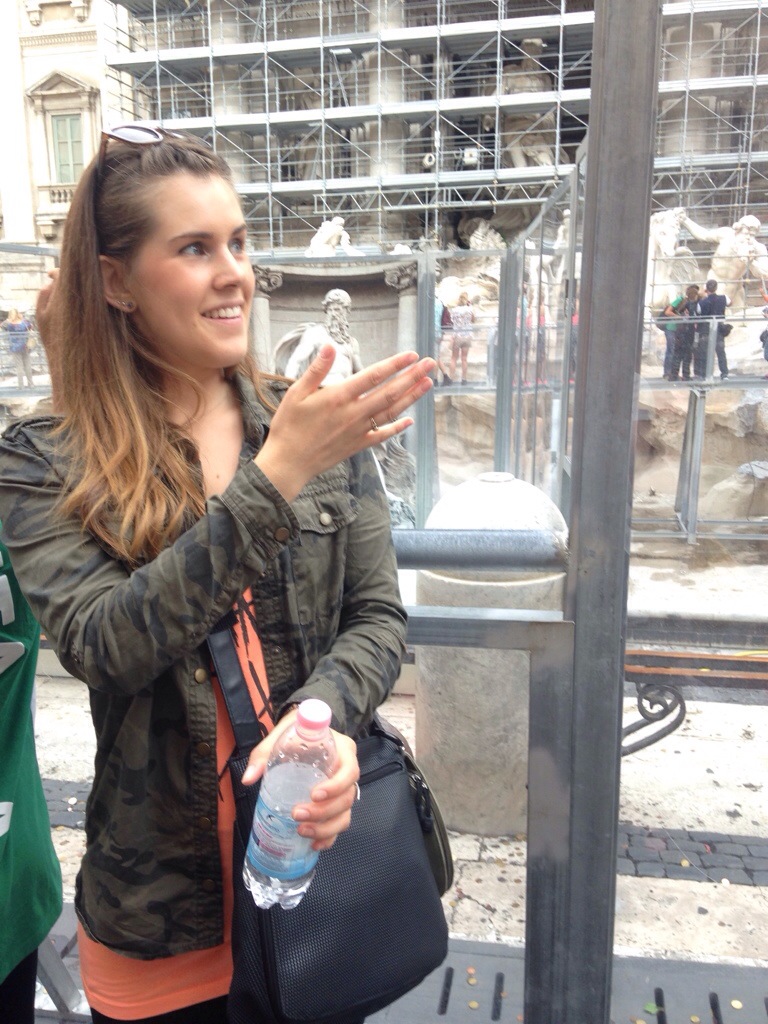 We then walked to our next stop: the Pantheon! 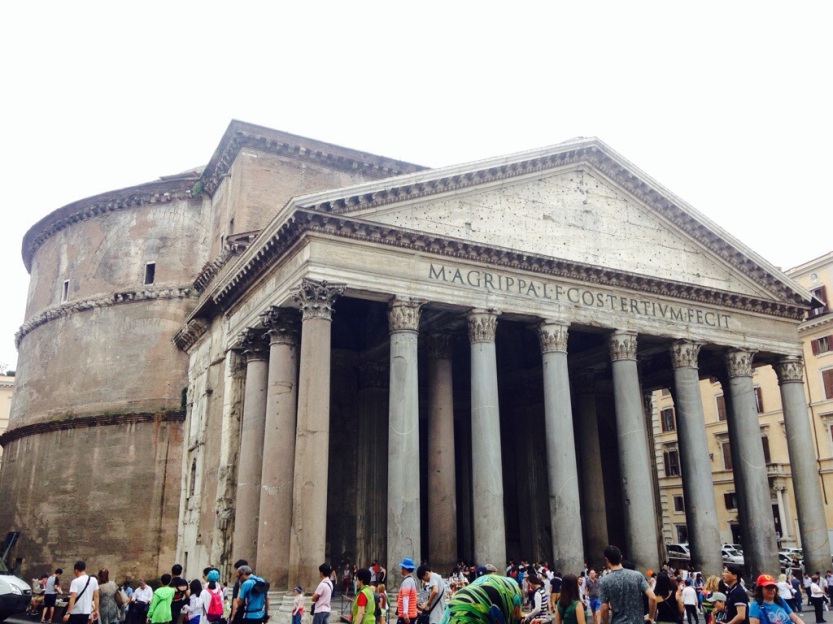 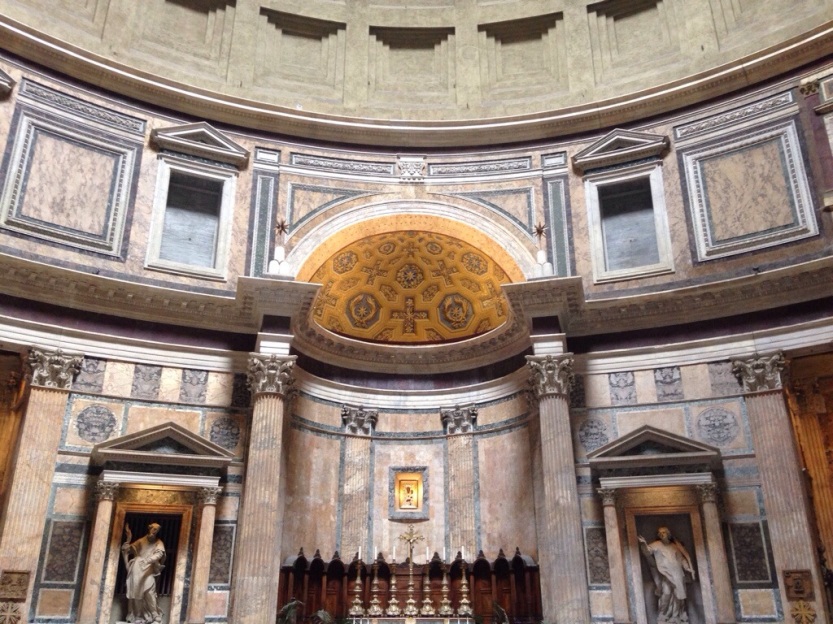 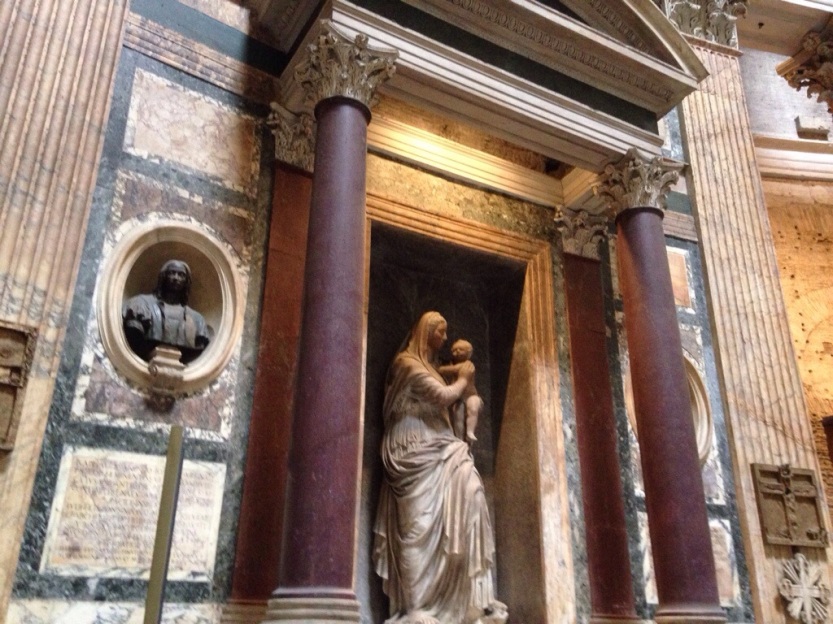 And ate a snack after our audio Rick Steve’s tour… 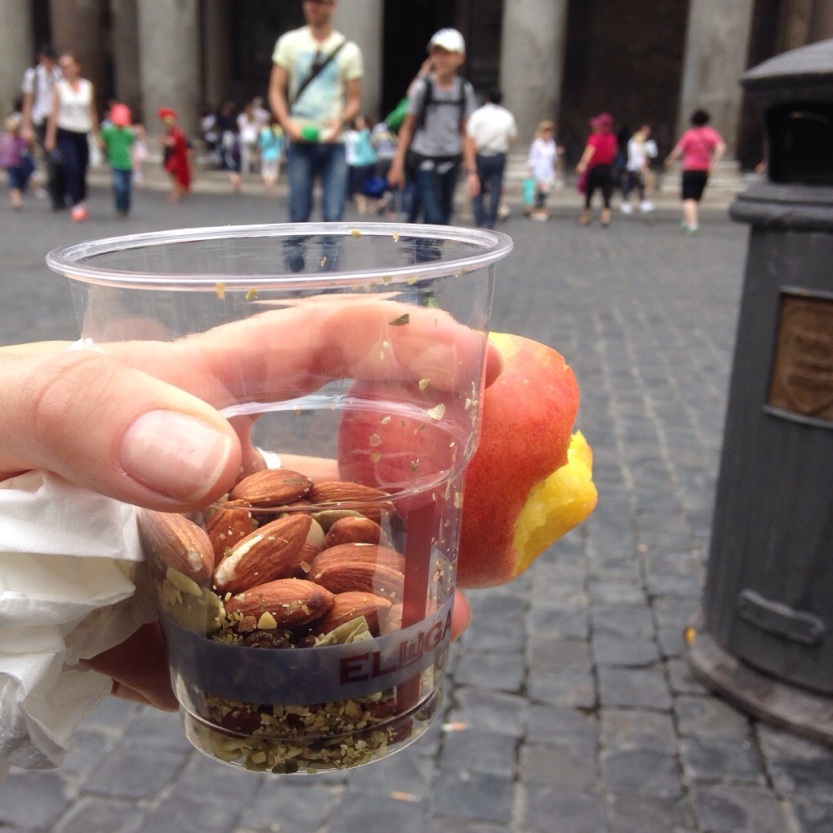 We then walked through Piazza Navona and ended our route in the oh so famous market called Campo de’ Fiori. 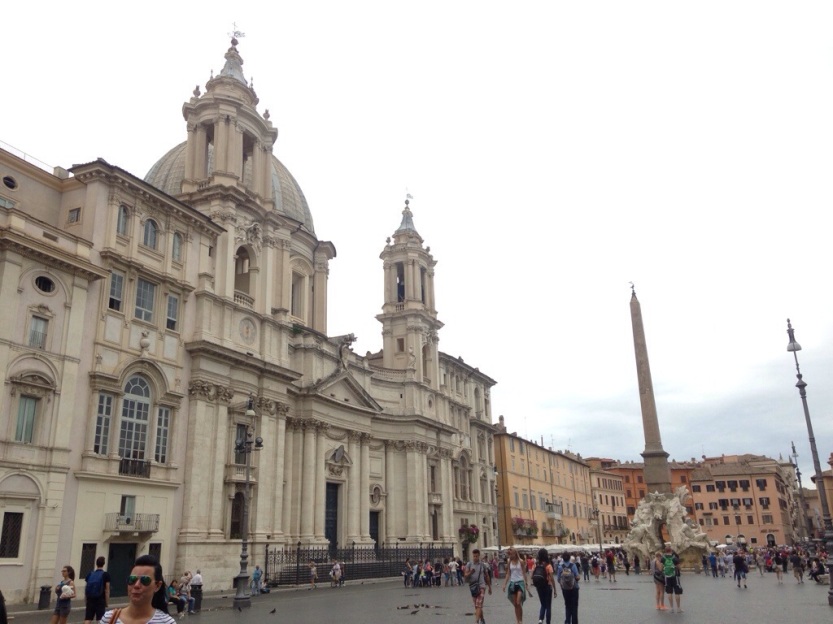 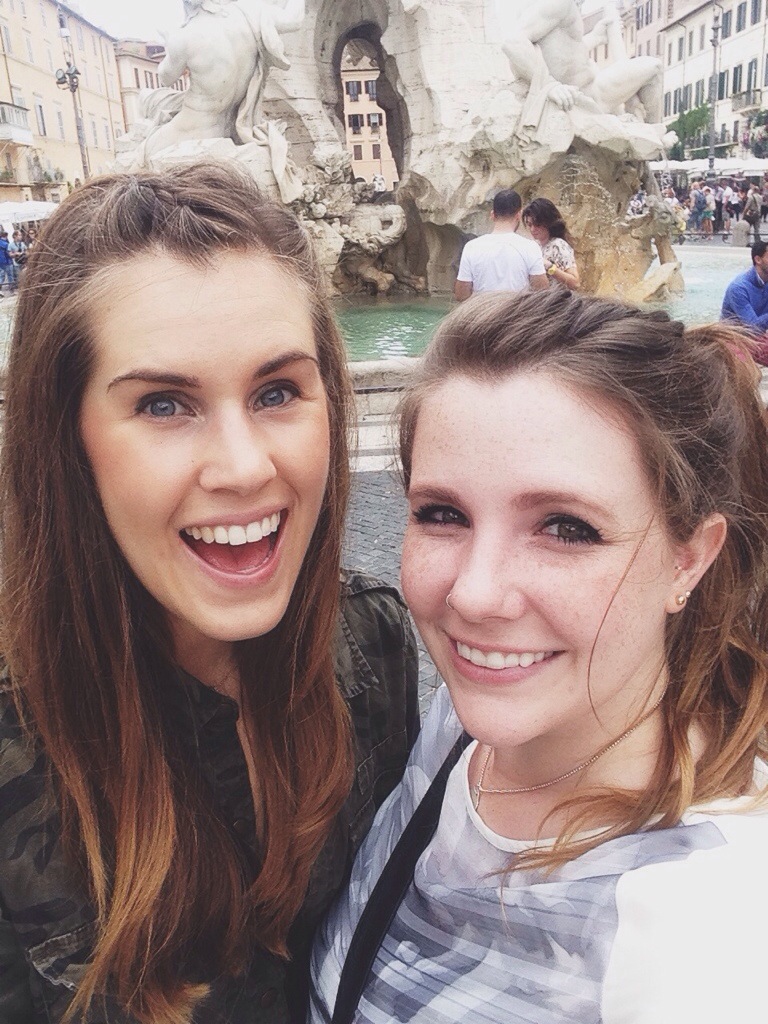 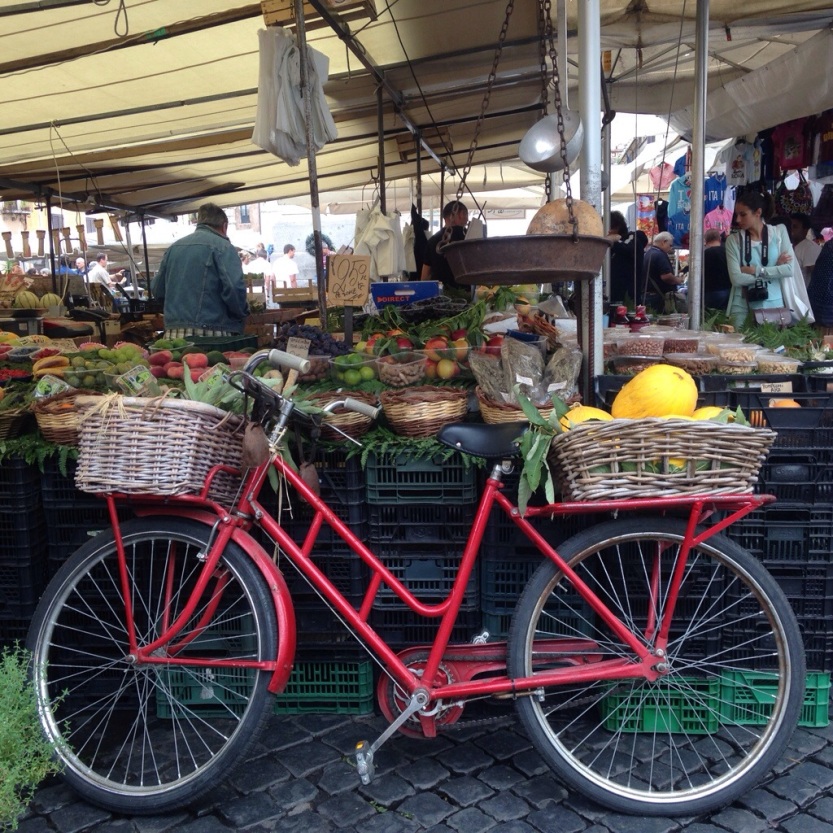 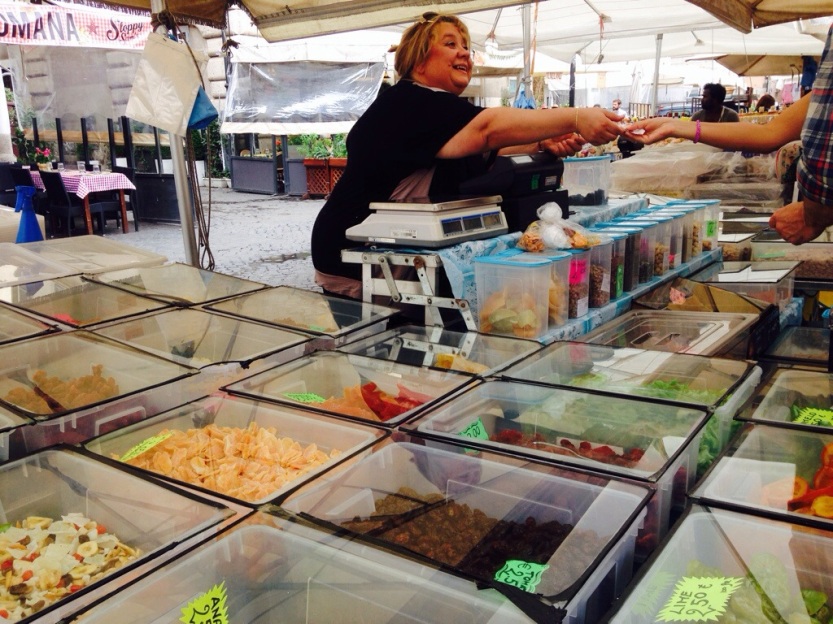 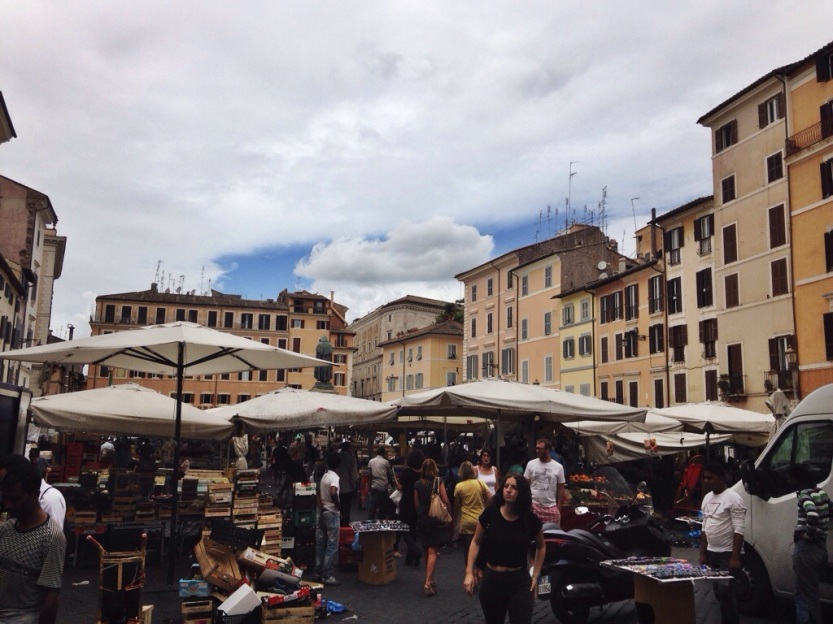 Anna and I bought dried fruit at the market and stopped at a park to eat and people stare. We then walked alongside the riverbank to a small church called Bocca Della Verita. This was a small church, but a high tourist attraction. Why? The entrance to the church has a face of a man with a holes through his nose and mouth. This stone creation is called the mouth of truth. Back then it was said those who were not truthful had their hand cut off once they placed their hand in the man’s mouth. 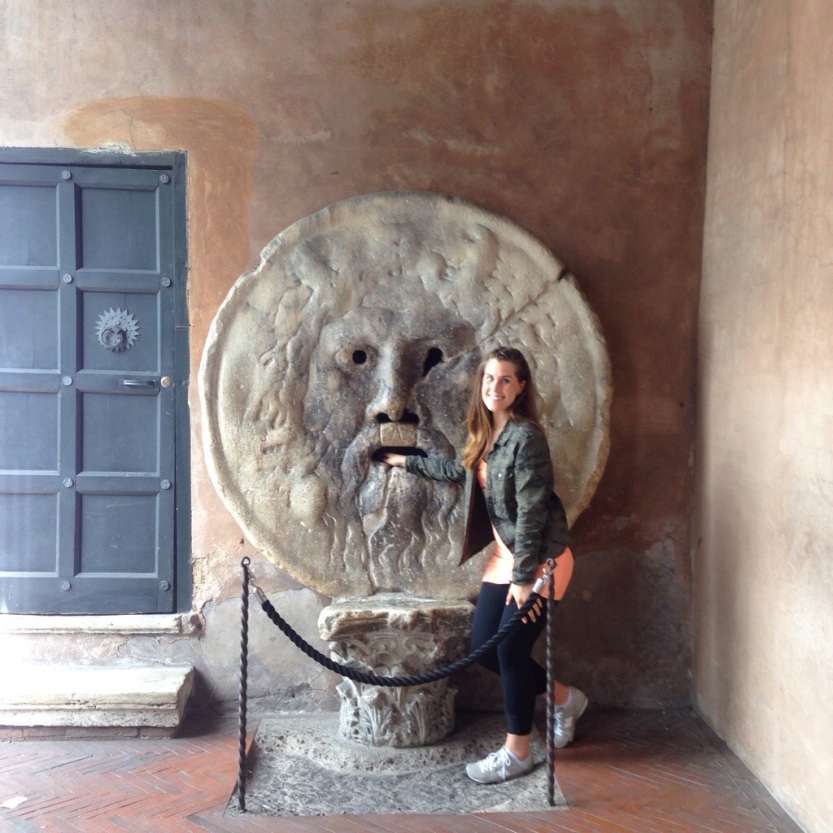 Thankfully my hand is still intact!

Walking back to our hotel, we stopped at a cafe called Cafe Assaggi. I had an Americano and my all time favorite dessert… a macaroon!! 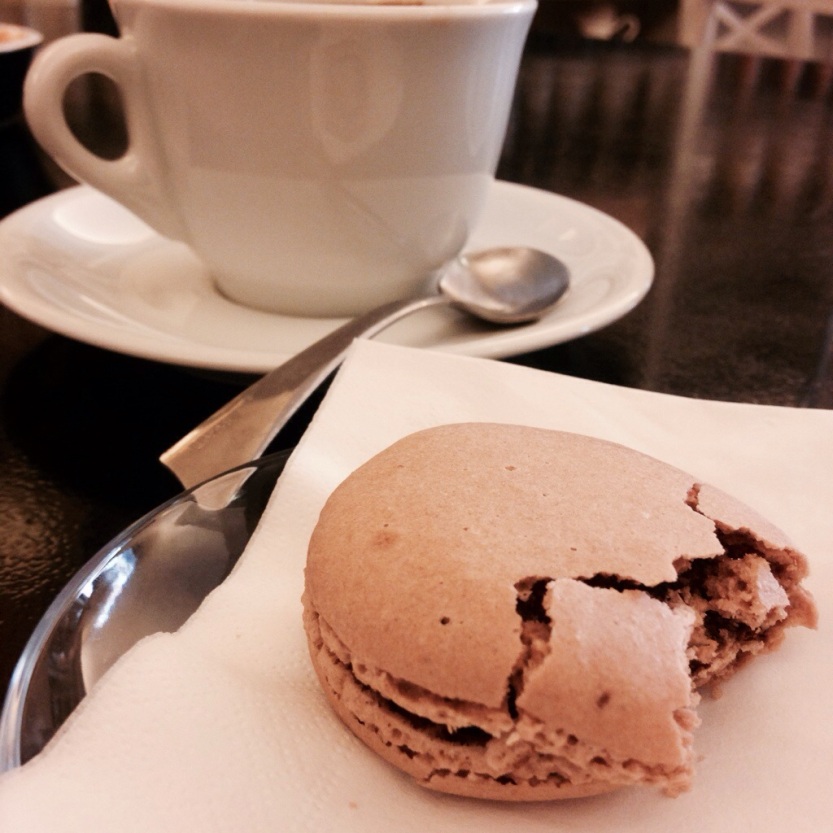 Finally making it back to the hotel, we rested for 30 minutes & then made our way to a restaurant we found good reviews on online. One word describes our dinner… delicioso!! 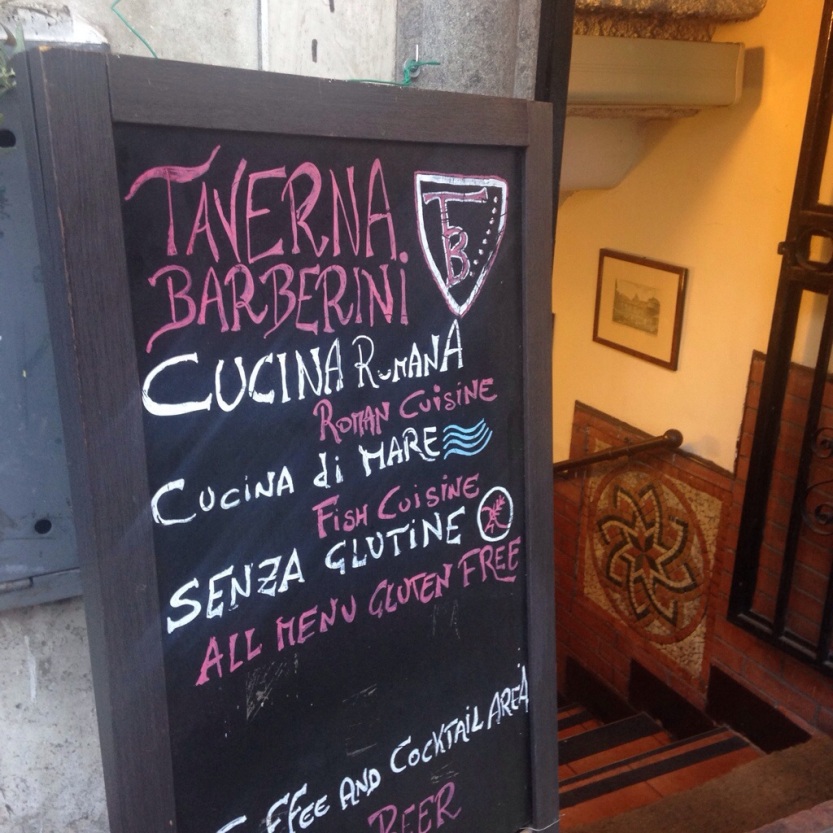 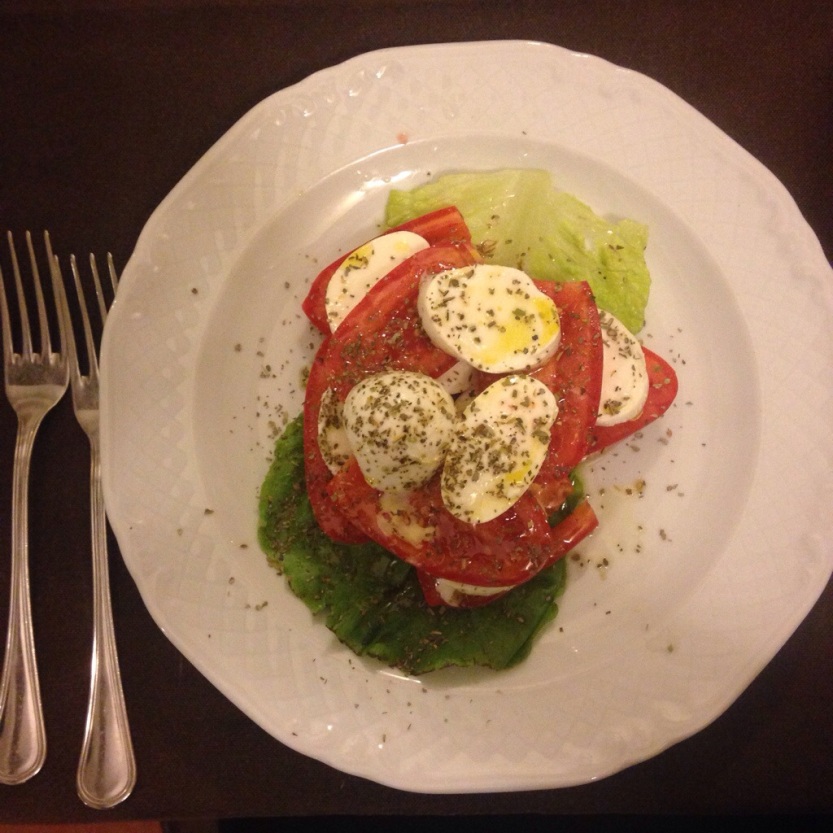 Once we were done eating we went for a walk, exploring the streets of Rome one last time. We stopped at a high point and found a peaceful and quiet view of the city. The sun was setting.

It was a perfect ending to Rome. 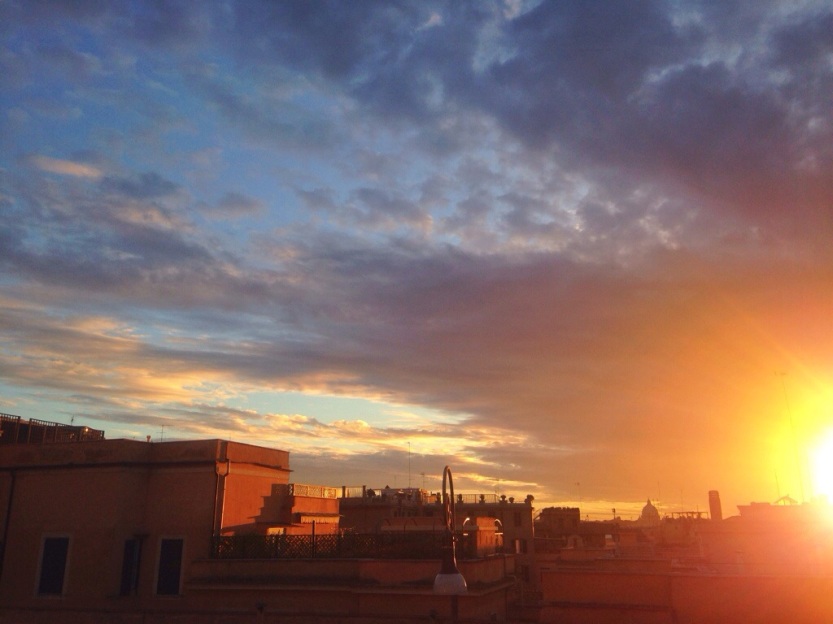 2 thoughts on “The Heart of Rome”