What is that popular saying…’You can sleep when you’re dead’?
Well that’s how the past 48 hours have felt from when boarding the plane in Detroit on Friday until now. Jamie and I woke up this morning at 4:45am. We had to get onto the metro to get to Shiuya station from where we were currently. And that was a 20 minute train to a bus we had to catch at 6:45am to head out to an amusement park called Fuji Q Highlands.

Fuji Q Highlnds is a very popular amusement park right at the base of Mount Fuji. The scenery was actually amazing! Riding the rides and looking upside down and seeing Mount Fuji. Once in a lifetime experience! 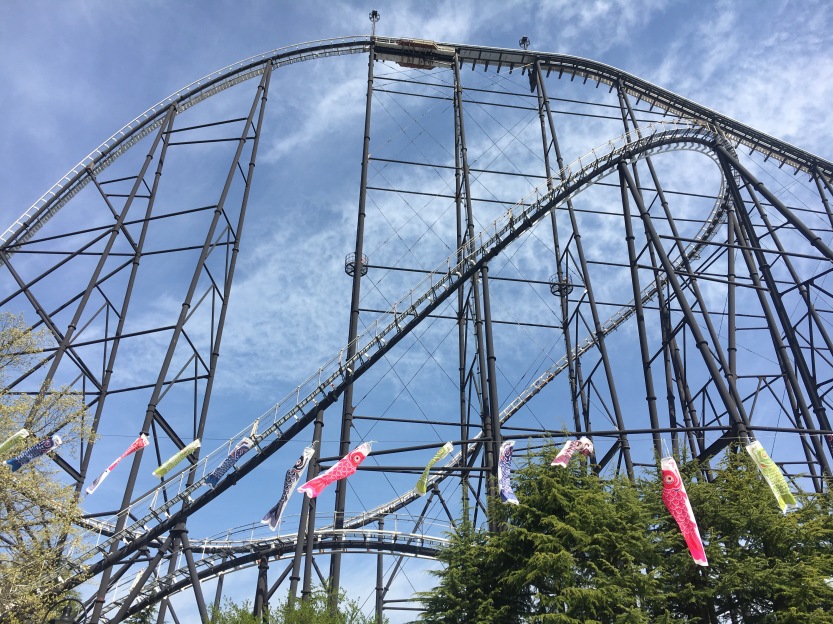 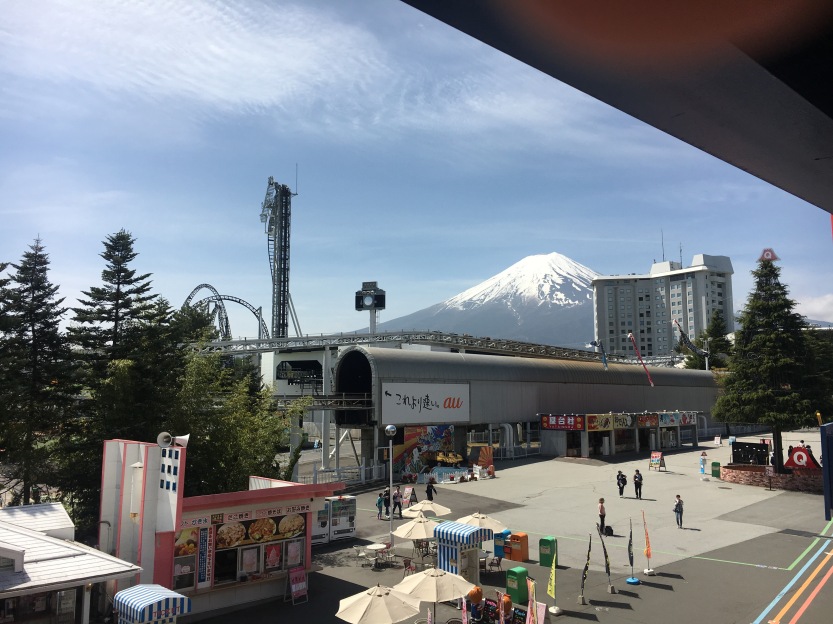 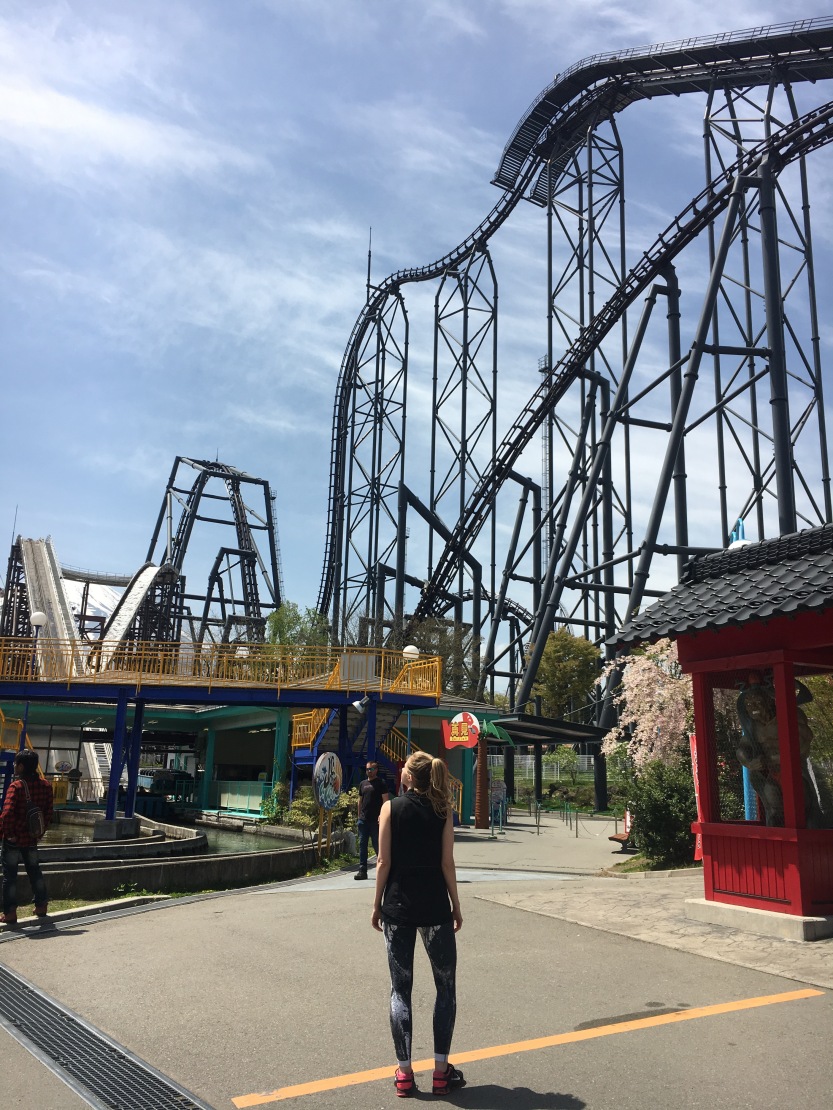 Jamie and I walked to the train station and just made it onto the train for Shiuya. We were meeting Arti there so we wanted to be on time. When we got to Shiuya station we then had to find our bus…oh did I mention that we did NOT have any wifi or data? Yep, you got it. We had to find the bus station the old fashion way. Aka, asking for help.

At every corner I was asking locals where the bus terminals were around the area and showing them our bus tickets. I thought we were making relatively good time until I looked at my watch…It was 6:30am! Our bus was going to leave without us in ten minutes whether we liked it to not. I saw a young girl on her phone near the train station where we started and showed her my ticket (pairing it with a shoulder shrug and hand gestures of driving a bus). She knew some English and said, “Bus! Me too!” She then dialed her phone and started walking and talking to, I assume, was her friend she was meeting. Jamie and I looked at each other and just said, “Well..let’s follow her. Why not…”

Good thing we did because she led us right to the bus terminal! Which we had to (by the way) take stairs, the escalator, and elevator to get to there. If we hadn’t asked for her help we would have completely missed our bus.

The ride to Fuji Q was over an hour. The trip there was very beautiful! Watching the countryside and rolling mountains, seeing the beautiful gardens and Japanese style homes. We made it to the park at 9am and started our amusement park adventure!

Jamie and I LOVE roller coasters, but there were a couple rides at Fuji Q that we decided would never be legal in the States. Strictly speaking it wouldn’t pass safety standards. Jamie’s favorite was Takabisha, which is the steepest coaster in the world, dropping you at an angle of 121- degrees.

My favorite was Fujiyama, which set records for being one of the fastest roller coasters in the world. If anyone has been to Cedar Point and ridden the top thrill dragster…well it was similar to that coaster. The theme park actually had to put additional breaks on the ride a few years ago because of safety and comfort of riders concerns.

But the one that put Jamie and I on another level of coaster riding was a steel monster called Eejanaika. Eejanaika is a steel 4th dimension roller coaster. That means that the seats rotate forwards and backwards at a 360 degree in a controlled spin. The climb alone before the decent was terrifying because we went up backwards, so you can’t see when you get to the top until you feel the ride drop you. We also were strictly instructed to take off all jewelry, shoes and watches for this ride. I have never felt such a thrill and also equally scared for my life. It was the scariest ride I have ever been on, but worth every yen!

Jamie and I left the amusement park and separated from Arti at 2:30pm so we could get back to Tokyo station to make our 5:33pm train to Kyoto. We had left our backpacks at the hotel we were staying at (literally left them in the lobby-with their permission of course). Once we got our backpacks we did get a little lost directionally but ended up finding the station JUST in time! We ran through the station and found our train 4 minutes prior to boarding. We weren’t even in the right box car, but we didn’t care. Which actually ended up being perfect because we met a really nice couple that were sitting in front of us on the train. Their names were Blake and Rose and they are teachers in China and were on their way to visit missionary friends in Kyoto. It was so nice to chat and get to know great travelers! We shared our love of traveling, living oversees and even found similar interests, like CS Lewis.
We all left the train together and they even helped us find a taxi before we parted ways. By the time we found a taxi, it was 8:30pm. The taxi took us to our hosts home, and where we would be staying for the next couples of days. Our hosts name is Mitsuru. He is 26 years old and helps run his family’s sushi restaurant. When we arrived he kept the restaurant open just for us so we could have dinner. His parents were there and had the bar set up and ready so we could eat. We ordered hot tea, cucumber sushi, and vegetable tempura. Jamie and I were so hungry we ate every bit! 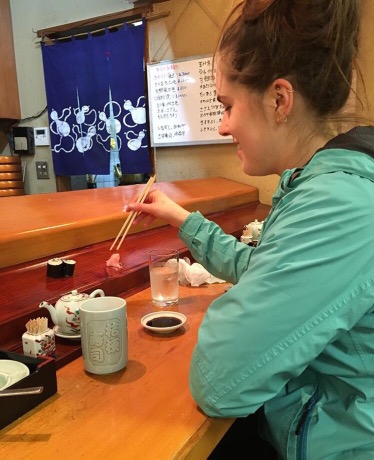 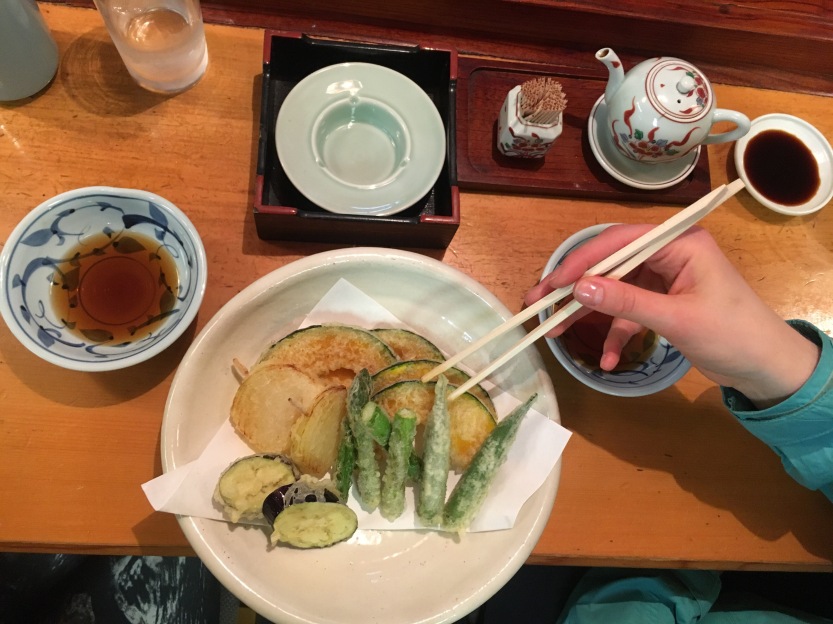 It feels so nice to be able to unwind after four days of being on the go. Tomorrow will be a restful day. Can’t wait to share with you tomorrow’s adventure. 🙂